Welcome to Paris, the French capital, to begin to travel by bike this exciting journey to London, the capital of the modern world! To connect the two cities, from the churchyard of the cathedral of Notre-Dame in Westminster Abbey, a beautiful and scenic trip, a mosaic of landscapes dotted with castles, cathedrals and villages. Thanks to this new cycle route, the Avenue Verte – or Greenway – inaugurated on 23 June on the occasion of the London 2012 Olympics, Paris and London are now even closer, just a foot!
From the French capital in Dieppe will ride for about 200 km along the wooded banks of the Seine where Monet went to paint the lily, in the Vallée de l’Oise with its extremely bright landscapes was source of inspiration of the works of so many impressionist painters including Daumier , Pissarro, Cezanne and Van Gogh, in the historic region of Vexin Français, and again in dell’Epte valley, tributary of the Seine at the gateway to Normandy, following the route in many places along the old abandoned railways, country lanes little traffic and bike lanes true, offering picturesque views surrounded by breathtaking scenery, reaching Dieppe, overlooking the English Channel.
A crossing of four hours by ferry we will reach the port of Newhaven, from where we continue along the pristine and rugged cliffs of the South Downs to Brighton; from here we cross the rolling hills of Sussex in the beautiful English countryside to finally, through the many city parks and biking trails, in the heart of cosmopolitan London.

Individual arrival in Paris and hotel accommodation. Welcome meeting and delivery of the bikes at the hotel at 18.00.

From Notre Dame Official route starting point, pedal through the streets of the city and along the Seine. Thus Paris always leaves on the cycle, following the course of the river with its large loops and several parks, including Parc des Impressionistes of Rueil-Malmaison, faithful evocation of Monet’s garden at Giverny, complete with a bridge, water lilies and shrubs rare. The stage ends in Maisons Laffitte, a stone’s throw from the castle, wonderful example of French Baroque.

The day begins pedaling in the shade of oaks and beeches of the Forest of St. Germain-en-Laye to continue in the Vallée de l’Oise, who inspired the works of many Impressionist painters, as well as Van Gogh (Wheatfield with crows) and subsequently in the regional park of Vexin Français, dotted with ancient villages, castles and churches. The meeting with the Epte, a tributary of the Seine, marks the entrance to Normandy. Possibility to shorten the stage by train.

It is left Gisors, an ancient medieval town surrounded by the mystery of the Templar legend (the castle was its prison) and continue through the typical countryside and the rich landscapes of the Departments of ‘Eure and Seine Maritime, among which stands out for the variety of its territory the Pays de Bray. The stage ends in Forges-les-Eaux, from the sixteenth century spa, it included among the most beautiful destinations in France and home to the Casino.

From “Iron & water” part of the cycle path along the route of the old railroad arrives at the gates of Dieppe. The frame is still one of the thriving Pays de Bray littered farms with their products supply the Norman and Parisian markets, and castles such as Mesnières-en-Bray, one of the jewels of French Renaissance flowers. A Dieppe is provided boarding for the Channel crossing.

Once in the British territory we will resume the bike to reach the white and jagged cliffs of the South Downs: be cycling for 10km enjoying the magnificent views of the pristine hills on one side and the English Channel on the other. We reach Brighton, a favorite place of English for the summer holidays, the city that will surprise us with the glittering Pier, the cafes and the charming old town. After the liveliness of the coast range, waiting among the rolling hills of Sussex will find the mysteries of Devil’s Dyke, legendary valley which is said to have been dug by the Devil. We will reach the town of Crawley through Tilgate Forest.

The final stage marks the return to modernity: in fact enters the county of Surrey which because of its proximity to the metropolis of London is influenced by population and infrastructure. The entry into the city, however, is gradual; the Wandle river takes us to the Thames, across the North Downs countryside and several parks, to lead us in the heart of London, where the final destination of this rich and fascinating tour is the Westminster Abbey.

Breakfast and end of the journey.

We are guides and experts of the territory, officially licensed professionals who for years live in or visit areas that we propose, and thanks to the passion that accompanies us, we will make you fall in love with the country you are about to visit. With us you are not just tourists but conscious travelers.

We're not around right now. But you can send us an email and we'll get back to you, asap. 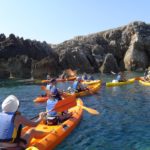 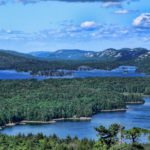